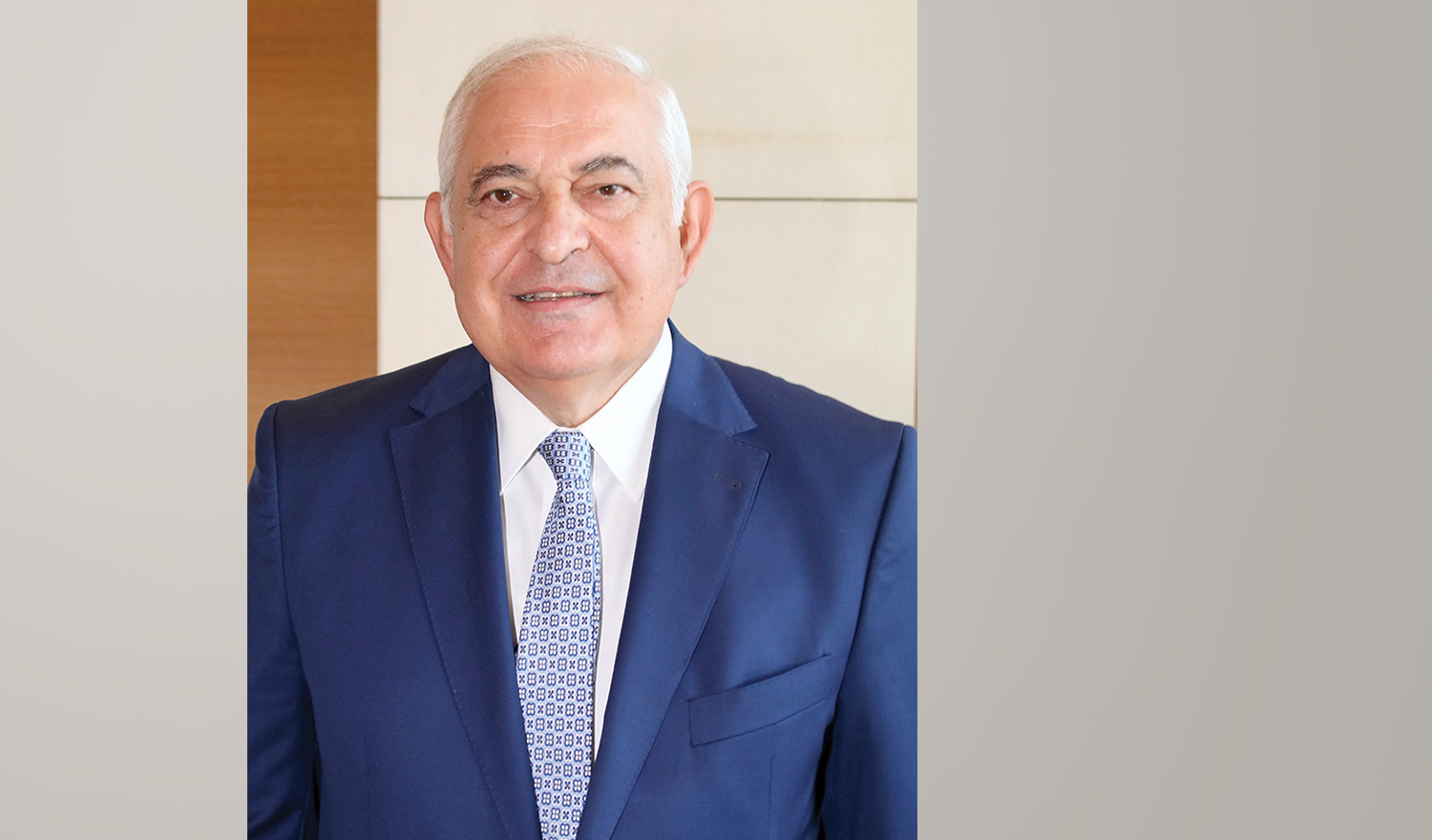 Prisma Reports:  Economic confidence is back in Greece after a toumentated last decade, where the crisis wiped out 25% of Greek GDP. Infrastructure development has suffered during the crisis, but has remained somewhat resilient with some projects still running such as the highways. How has the construction and infrastruture industry been recovering since and how is it performing at the moment?

Konstantinos Mitzalis: After 10 years of crisis in Greece, we are finally seeing the construction sector pick up some speed again, even though there aren’t many mature projects in terms of financing or designs. Some of the key projects that are almost ready to be launched are for example the metro extension in Athens, the PPP BOAK project in Crete, or the highway between Kalamata and Pylos. There are also some railway projects ongoing, and a couple of additional PPP projects should be announced in the next few months.

The Hellenikon project is of couse also a flagship project that is back on the stage today, and where the big Greek construction firms will be involved and play a significant role.

Prisma Reports: To what extend are you seeing a stronger appetite from the private sector for PPP projects in Greece? How can the new Government trigger more interest from constructors in your opinion?

Konstantinos Mitzalis: Greek companies have a great experience conducting PPP projects and have largely demonstrated their capacities and expertise. Many PPP projects took place in Greece in the last 20 years, such as Attiki Odos, Olympia Odos, the Rio Antirion bridge. All these projects are presently on a good path, and the appetive is there and the private sector is definitely open and eager to start work.

Prisma Reports: AVAX is playing a major role in Greece infrastructure development, and has participated in many of the ongoing large-scale projects such as the Attiko metro, and the TAP pipeline project. Can you give me rapid overview of the flagship works that AVAX is currently pursuing at the moment? How will they transform the country?

Konstantinos Mitzalis:  Our most remarkable and large-scale projects in Greece this period include the Attiko metro Line 3 extension , the TAP pipeline and or the IGB pipeline project, which is the interconnecting natural gas pipeline between Greece and Bulgaria (IGB). In the previous years AVAX group and its companies have been also involved in almost all of the highways in Greece that were done on a PPP basis. Across all these various projects we have demonstrated our strong expertise and know-how.

For the last couple of years however most mega infrastructure projects in Greece were on hold, so AVAX has focused more on international market. At present in Greece we are involved in some  building projects and private projects.

Prisma Reports: AVAX is highly regarded in Greece for its excellent work quality, its methods, speed of project implementation and construction expertise. Across the years the group has received many awards. Can you give me a couple of facts and figures so we understand and appreciate the contribution of your group and its weight in the Greek economy?

Konstantinos Mitzalis: The AVAX group has a turnover of €600 million and about 1,000 permanent employees in Greece. We are active in all fields of construction, projects in civil engineering, building, hydraulics, ports, motorways, electromechanics, energy / industrial, piping and natural gas, with know-how from abroad but also with exports to third countries.

A substantial share of AVAX’s portfolio consists of concessions and projects in other countries. On international markets our figures are most impressive. In Qatar for example, at the peak of our projects, we have about 1,200 workers on site, and in Iraq even more. AVAX has gained a worldwide reputation and is widely recognized as a significant and appreciable partner, collaborating with big international firms and the largest construction entities in the world.

Prisma Reports: AVAX has expanded well beyond Greece’s borders, and has notable presence in many international markets, from Cyprus, Albania, Bulgaria, Poland, Romania, Ukraine, Ireland, Jordan, all the way to Qatar and Iraq. A large share of your turnover today comes from international markets. Can you present some of the biggest projects you are operating now abroad?

Konstantinos Mitzalis: AVAX has established a strong presence in Qatar where we have been operating for more than a decade, through a variety of works, inclucing roads, public works and technical projects. At present we are developing two major highways in Qatar, for a total value of $1 billion. We are also working on the stadium that will host the FIFA World Cup’s games  in 2022, at Education City. We are currently finalizing this project, with is valued at US$ 675 million.

In Iraq, AVAX has been awarded a US$ 300 million contract to construct a 1,500 MW power plant in Baghdad. In 2019 we have been choosen again as contractor by the same company for the engineering and construction of a new power station there. The contract was for US$ 600 million, and is the largest energy project ever won by a Greek company in international markets.

We also have a PPP project for the construction of a marina in Cyprus. This is a complex project with several buildings, and where we are also involved in the concession. The project started in 2009 and we are now finishing constructing the last few buildings there. We are now building also the ‘City of Dreams’ complex in Cyprus, which will be one of the largest casino resorts in Europe. The site will include a casino, a hotel, detached villas, shopping centers, and exhibition halls, some pools, restaurants, etc. It’s a private project with a value of US$ 270 million.

Prisma Reports: What kind of technical challenges has your company been facing, and what would be some of the trademark technologies, innovations and concepts that you have engineered as a result?

Konstantinos Mitzalis: Currently we are in the process of the construction of Piraeus station, one of the six stations of the extension of Line 3. The station is very close to the sea that makes the excavation of the shaft very challenging. We can say that the construction of diaphragm walls in order to facilitate the excavation was one of the most complex issues we had to face in this project.

Prisma Reports: The issue of climate change and sustainability has been a central topic running through the WEF event this week. To what extend does sustainability influence the types of projects that you conduct? Can you give me some examples?

Konstantinos Mitzalis: We have a special department in our company focused on quality and sustainability. We look at the issue of sustainability very seriously: we follow the strictest standards in that regard, and we closely follow all our clients’ specifications. AVAX has been recognized and has received many awards for its sustainable and environmentally responsible approach.

In Greece we have been involved in several environmental  projects, one of them is the waste management project in Ilia ,  Pelopponese. This PPP project involves the construction and operation of an waste management unit for the Ilia Prefecture, able to accept 80,000 tonnes of Municipal Solid Waste per year.

Prisma Reports: As we enter into a new decade which hopefully will mark a new era for the Greek economy, what is your outlook for 2020? How would you summarize your priorities for the coming decade? What are you plans to enhance value for shareholders? Can we expect any acquisitions from AVAX?

Konstantinos Mitzalis: Now that Greece is out of the crisis we are awaiting to see big infrastructure projects restart, possibly next year. We are a general contractor, we are involved in every area of construction and have gained a huge experience both in PPPs and concessions. Therefore we believe that if there are projects, we will take a good portion of these. Now we need to see whether there will be upcoming large scale projects!

Prisma Reports: What is your final and direct message to conclude this intrrview?

Konstantinos Mitzalis: Grece has turned a page, that is obvious. Greece is strategically located in a region that connects three continents. This is the time to invest in Greece: tourism reaches new records every year – and whether it is for tourism or hotel investment, or for logistics purposes – Greece offers a promising destination for investors. It is the gateway from the East wo the West, and also from Africa.