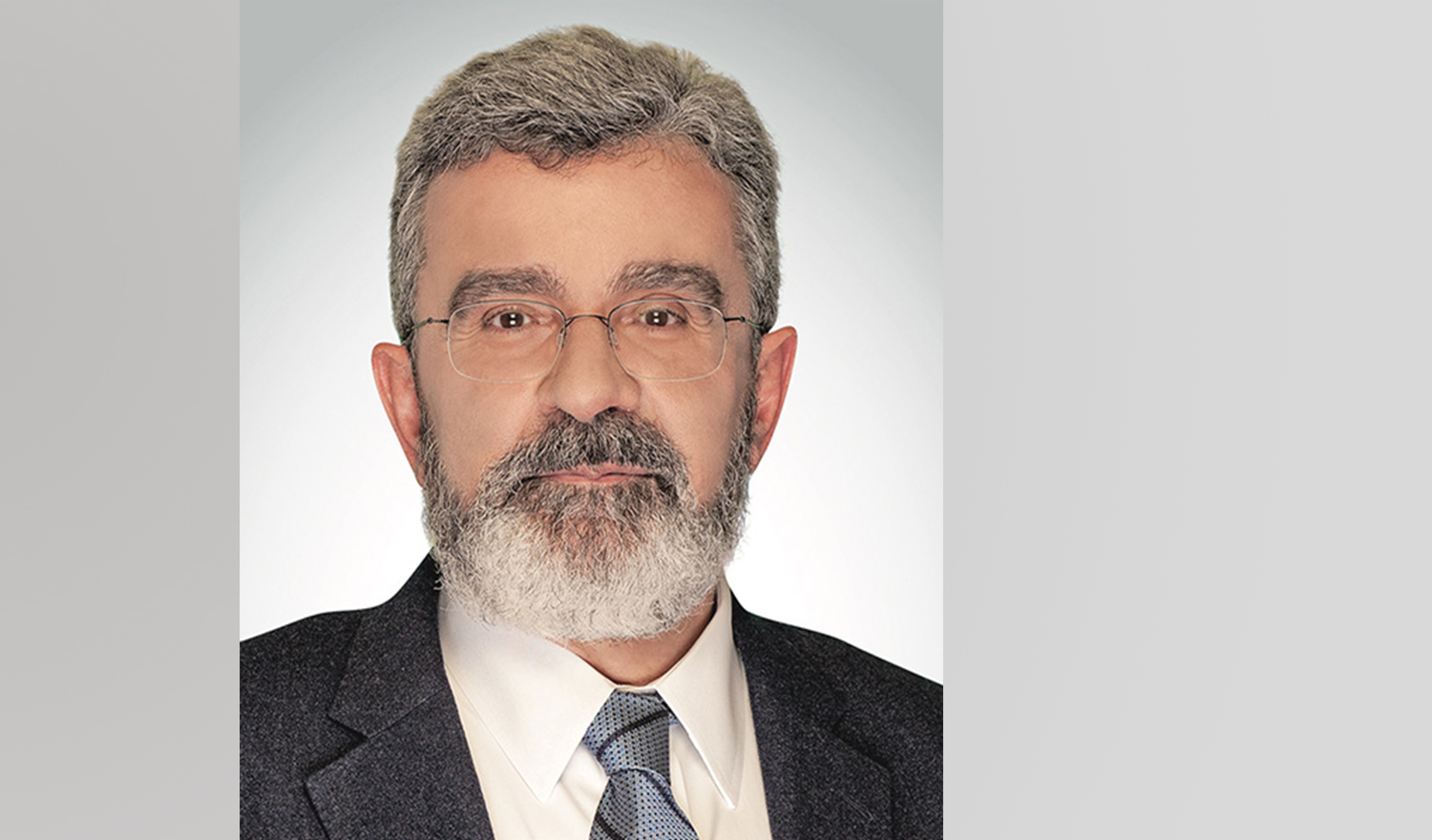 Prisma Reports: Greece has gone a long way since 2008 and the crisis years. Positive news have started to emerge and indicators all seem to converge in the right direction: GDP has shown consistent growth over 2% for the past 2 years, exports, investments and employment are on the rise, the country exited the bailout programs last year, capital controls have been lifted just recently, agencies are upgrading their ratings. To start this interview Mr. Papazoglou, how would you describe the current macro-economic climate of the country, and the economic performance of Greece in 2019? Can we say that Greece is fully back on its feet now?

Panos Papazoglou: To say that Greece is fully back on its feet is a very strong statement. During 2010 and 2011, there were two issues in the Greek economy. The first was the huge deficit in the public sector, which we have managed to deal with: from a deficit of almost 11%, we are now running surpluses between 3,5% and 4%. These came with sacrifices in different parts of the public sector and its services. The second issue was the ability of the country to produce products or offer services that are exportable. Our imports were persistently much higher than our exports and, therefore, we had a huge deficit in our trade balance. This was addressed, to a very large extent – not because of an increase in exports, but because imports went down due to the reduction of Greeks’ disposable income. Greeks were buying less and, consequently, imports went down. Exports did increase, however, not at a fast-enough pace. This is the big challenge for Greece for the years to come: unless we start producing goods and services that are marketable outside of Greece, the economy will not be able to recover at a pace consistent with our expectations.

Just before the election of the new government, we ran a global survey to capture foreign investors’ appetite to invest in Greece. At the time, investors ranked Greece as the highest among all European countries, foreseeing its attractiveness and investment potential. Investors’ interest has increased after the election as well, in view of the Prime Minister Mitsotakis’ detailed agenda on how to overhaul public administration, simplify processes and make potential investors’ lives much easier. The government has adopted a novel approach, making very limited promises on handouts, instead focusing on gradually reducing taxes and introducing legislation to improve Greece’s investment environment. For example, the Hellenikon real estate project – an 8 billion euros investment that is expected to create up to 75,000 jobs – had ground to a halt for years and was unblocked through a series of ministerial decrees. Now that this has been approved, it is time for investors to do their part.

Prisma Reports: Catapulting investment is one of the critical elements required by the current Government to trigger high economic growth. Which areas are of most interest for US investors?

Panos Papazoglou: The Hellenikon project is just one example of increased interest in the real estate sector, in general. There are already two American bidders for the license of the Hellenikon casino. Additionally, there is also a significant interest in the country’s ports, as well as in renewable energy, the banks’ NPLs portfolios and, finally, the tourism sector. Furthermore, we are also expecting to see some interest in other sectors, such as technology. Greece, so far, has failed to attract significant investments in shared services or R&D centers – and there are major opportunities in this field. Other fields of interest include agriculture and pharmaceuticals, which have drawn some attention in the recent years.

Prisma Reports: In July 2019 Moody’s changed its deposit rating on Greek banks Alpha, Eurobank and NBG from stable to positive. Fitch had also upgraded Greek banks’ rating earlier in May. So even though the sector remains quite doomed with the NPL issue, prospects seem rather positive. How would you rate the transformation of the banking sector? What are the sector’s prospects going forward, and the outlook for 2020?

Panos Papazoglou: Banks are currently doing some transactions selling NPLs portfolios. Besides, there is a big project, whereby 40% of banks’ NPLs portfolios will be disposed of, through securitization. This will move forward in the next months and will be a big relief for the banks. The biggest challenge for banks today is attracting deposits; many depositors moved their savings outside Greece during the crisis. To reverse this situation, we need to restore a feeling of security and confidence in the economy. Another major challenge for the banking sector is the need to invest in technology, infrastructure and digitalization. We are now gradually seeing some increased investments in these fields.

Prisma Reports: Technology, R&D and innovation are considered as multipliers for the economy. How would you assess Greece’s technological and digital transformation? How is the country navigating through this age of globalization and disruptions?

Panos Papazoglou: Up to now, developments were very slow. However, the government has a very ambitious plan to digitalize most of the processes in the public sector. Among others, it plans to introduce a single identity number for all citizens, to be used in all their transactions with the state and elsewhere. This will be done within 2020, based on a very detailed program, with quarterly milestones. This will facilitate investors’ and citizens’ lives, but also send a signal that things are moving – at last – in the right direction. Furthermore, several start-ups in Greece are gaining investors’ attention. Some even managed to attract capital injections from US investors. We need more of these startups – and this is a realistic prospect, as we have many talented scientists in Greece. However, the country needs to keep working to create the conditions that will keep them in Greece and concentrate its efforts on stopping and, indeed, reversing the brain drain.

Prisma Reports: In a recent interview you said that: «Navigating this transformative age requires to ask better questions. If we adapt ourselves and leverage these transformative forces, we can regain our competitiveness. If not, not only companies, but whole sectors of the Greek economy will soon become irrelevant». How would you evaluate the country’s industrial competitiveness at global level? Which sectors or industries do you identify as most relevant now, and that the country should capitalise on?

Panos Papazoglou: The whole economy needs to adapt to the new technology era, and this includes the traditional sectors. With a few exceptions, Greece has never been an industrial country and is unlikely to become a leader in manufacturing today. Sectors with huge untapped potential include the agri-business industry – where Greece has a clear competitive advantage it has not yet realized – the banking sector – once it accelerates its digital transformation – and the energy and utilities sector, including smart metering, water supply, waste management etc.

Prisma Reports: AI, robotics, blockchain, data management are transforming organizations. How is Greece embracing these global trends? How would you evaluate the impact and benefits locally? How is the economy adapting, becoming more extravert and globally competitive?

Panos Papazoglou: The benefits are obvious, but the question here is how fast are we absorbing these new technologies? Progress so far has been disappointing. We have begun to see some progress in the past year, however there is still a long way to go. There already are great examples and initiatives, but we urgently need to see some progress from the public sector as well. This will be a clear signal that things are changing, so that people can start to see the benefits.

Prisma Reports: The last years have seen a consolidation in the Greek startup scene with new successes. How dynamic is really Greek start-up scene in your opinion? What needs to be done now to further stimulate entrepreneurship and start-up development in the country? How could this new industry help and reverse the brain drain?

Panos Papazoglou: In order to accelerate entrepreneurship and start-up development, we need to connect universities to the labor market more effectively. Today, entrepreneurship and educational institutions are largely disconnected. We have not seen many Greek companies working with universities in developing a product or coming up with innovative ideas – this is something we need to work on as a matter of urgency.

Prisma Reports: Greece’s new Government has vowed to make the country more transparent starting with the establishment of a National Transparency Authority. How would you assess the country’s progress with regards to governance, transparency, good practices and rule of law?

Panos Papazoglou: Governance speaks to my heart as it is one of the key initiatives we are pursuing at EY. The first law that this government passed in Parliament was on governance in the public sector. This was a very good sign to the country, and we will gradually start seeing the benefits. We are also perceiving more transparency from the government’s side. One of the themes that keep coming up from potential or existing investors, is the current state of our judicial system, which is extremely slow and ineffective. For example, bringing a case to the court and concluding it can take up to 10 or 15 years – even for a simple commercial dispute or conflict. This discourages investors and we need to work hard to set it right. One of the key priorities of the government is to deal with this issue by bringing digital into practice, in the courts.

Prisma Reports: Education is a vital pillar for any country’s future and prosperity. What do you view as key to reinforce the strength and attractiveness of Greece’s higher education system? How do you see the future of the country?

Panos Papazoglou: It’s time to reconsider the direction and objectives of our education system. We have to rethink about the type of graduates we need and how we will keep them in Greece. For example, we need more IT-focused graduates in order to adapt to the new environment. To stay on top of new trends in the market, we must introduce new processes such as Artificial Intelligence, encourage evaluation of curricula and teaching staff, and focus on innovation. Secondly, universities need to work without political interventions. Extremist political groups are not allowing universities to function properly; unfortunately, although programs, professors and students are very competent, this is an issue that needs to be tackled if we want to lead towards a brighter future.

Prisma Reports: To conclude this interview, what is your final message to our readers?

Panos Papazoglou: For years, Greece has been saying that it needs FDIs. Now is the time to prove that we really want them.