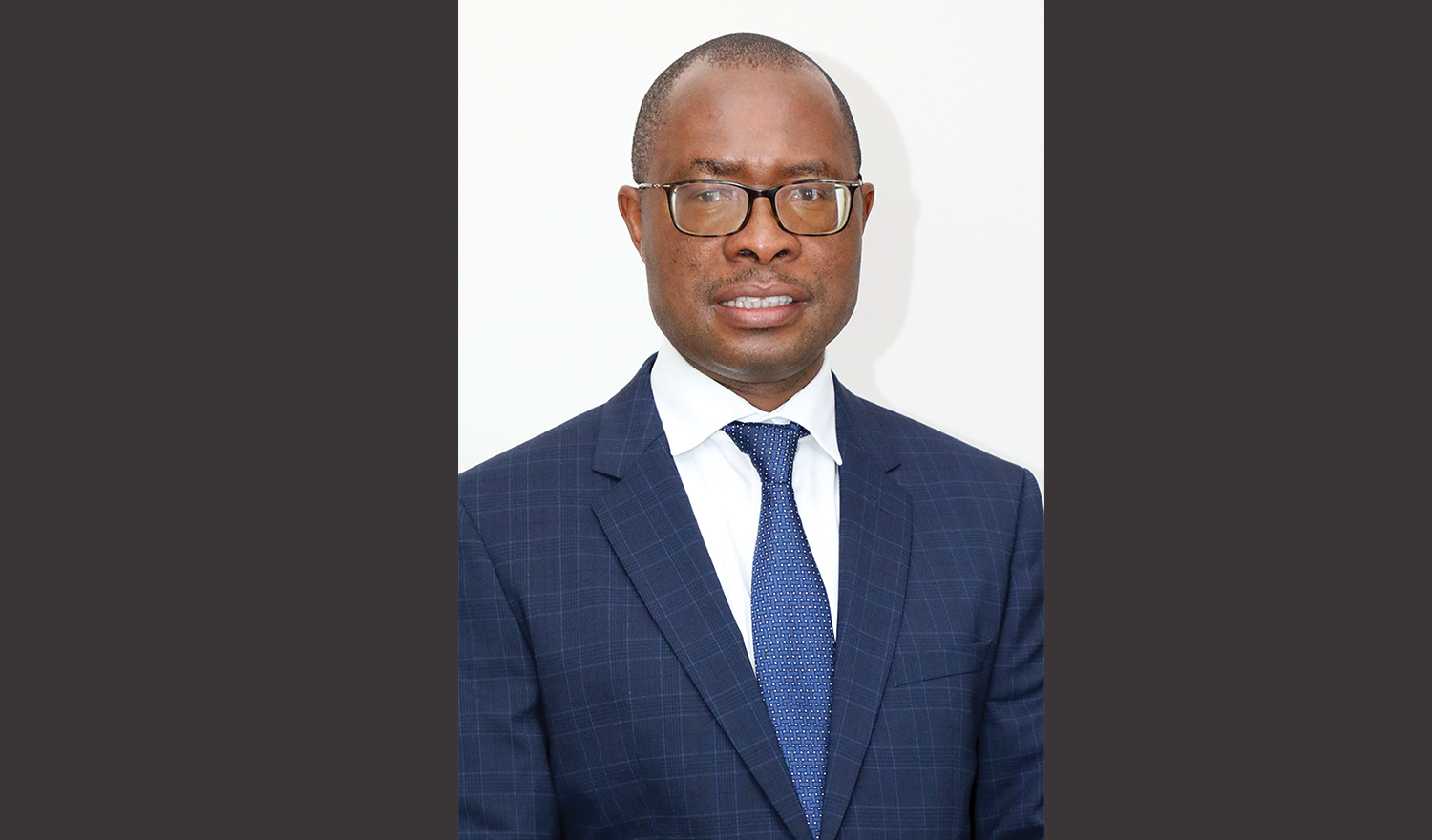 Posted at 08:42h in interview by Author One 0 Comments
0 Likes

Prisma Reports (PR): What are the major contributors to Namibia’s economic resilience and the biggest challenges to that resilience?

Ipumbu Shiimi (IS): Namibia’s economic resilience is backed up by its institutional framework. For the last 25 years, we’ve been pursuing a solid macroeconomic framework, our inflation has been low and our exchange rate that is linked to the South African rand has also been relatively stable. The Namibian government has also been prudent for most of this period. As a result, we were one of the countries with the lowest debt, although that has increased quite significantly since 2016. Also, of course, the financial system we use is relatively well developed and we generate our own savings: we have big saving institutions, whereby we actually export some of our savings to South Africa and the rest of the world.

That institutional framework is really what underpins the resilience of Namibia, but that doesn’t mean that we don’t face challenges. We’ve gone through difficult challenges, especially since 2016 when commodity prices came down, because our economy is not well diversified; it still depends heavily on mining and primary industries, but particularly mining. When commodity prices came down, we started to feel the pinch and that had consequences for government revenue, government debt, economic growth and employment creation.

PR: Namibia is often given as an example of good governance and democracy in Africa. What are some of the projects the Ministry of Finance and government are working on to further improve the country’s fiscal and economic position?

IS: First of all, what’s important is to make sure that public finances are stable. In other words, that we’re spending money on the right things and that we continue to invest in human capital. That means education, health and also, to some extent, social protection, because that’s very critical. In terms of public infrastructure, it’s about making sure that we’re spending money on things that are going to generate future returns. Returns may not be immediate, but we must get economic returns from investments in public infrastructures, like expanding the port or upgrading the railway line. Those public infrastructures are going to help the economy to grow further in the future.

The second aspect is to make sure that investment is backed up by revenue. The administration of revenues and of taxes needs to be strengthened. That way, we can collect more revenue that will support government’s expenditure on its priorities. If we do that, it means we will keep the macroeconomic side of the country stable. It also means that we can stabilize our debt and send a signal to the rest of the world that, if they come here and invest, they’re going to be investing in a stable economy. That’s our number one priority as the Ministry of Finance.

We also have to help the economy to diversify into other areas. We’ve now developed a diversification strategy that has identified a number of industries where we have some basic knowhow that we can add to in order to start producing more goods for export — industries such as food processing, for instance. Another example is that we’re a mining country and so we can look at producing some of the inputs that the mining sector needs.

Through continuous discussions with Namibia’s existing industries, we aim to identify the main constraints to their scaling up of production and we need to reach out to international operators in target sectors, ask them what prevents them from coming to Namibia and, if there are any binding constraints, we need to work together as a public sector to remove them. In that way, we believe we can have a sustainable economic diversification strategy.

PR: Your ministerial portfolio includes oversight of Namibia’s public enterprises. Can you describe some of the latest progress in terms of good governance within the public sector?

IS: We’re traveling in the right direction now, although we’ve not yet reached our final destination when it comes to public enterprise reforms. The starting point was that we needed to have a uniform framework to support governance in public enterprises: the appointment of boards, for instance, was previously very fragmented. Every ministry used their own procedures to appoint board members and we didn’t really define the competences that we were looking for. That’s changed — now, we have one law that governs every public enterprise. If a board member has to be appointed, the same procedure is followed and we’ve centralized the management of that process into one ministry.

We have a common procedure for assessing the performance of public enterprises now as well, with regular reports and business plans being presented and assessed. In that way, we’ve moved a real step forward in strengthening governance infrastructure in public enterprises. We’ve also started the process of reform in terms of which public enterprises fit at this table. We had to take a very painful decision to liquidate our airline, simply because we felt we couldn’t afford it, especially during the pandemic. We’re now busy finalizing our ownership policy, which is going to help the government decide which institutions we keep within the state, and which ones don’t fit in the government framework and may be suitable for collaboration with the private sector. The ownership policy is more or less in its final stages and, once it’s approved, we can start to implement it.

PR: Last November, in your introduction to Namibia’s 2021-22 Mid-Year Budget Policy, you made direct reference to the Climate Change Conference COP26 in Glasgow, where the President of Namibia stated that the country was ready to play its part in achieving the United Nations’ Sustainable Development Goals and in contributing to net-zero carbon emissions. How does Namibia’s budget reflect the government’s vision and goals in this area?

IS: We believe that Namibia can make a contribution to carbon neutrality by producing clean energy here, because the future is really in renewables and we have significant renewable resources. First of all, we need to start producing green electricity that we can use for our own consumption, but we can also sell it to the rest of the region and the world. There are opportunities opening up for us to export our sun and wind in the form of ammonia, for instance, followed up in the future with green hydrogen and some other products that are produced with green energy.

What are we doing from the budget perspective to help? We have to make sure that we support that new industry and we’re having discussions about tax incentives or other incentivizing support that we need to give. We’re still busy negotiating, especially with preferred bidders, to understand what their needs would be.

PR: Based on your previous experience as the governor of Namibia’s central bank, can you provide an overview of the country’s banking and financial sector?

IS: Namibia’s stable, well-regulated financial sector is one of the country’s strengths. The sector has gone through a difficult time since 2016, but it’s held up, it’s still stable and it’s still profitable. It has helped to cushion the economy, and the sector is ready and able to support our economy’s recovery. Financial stability is important and something we should continue to strengthen — when banks collapse, whole economies collapse, as the world saw with the financial crisis in 2009.

PR: How is Namibia opening up its economy toward new markets and new partners?

IS: Namibia is a member of many regional and international trading blocs. We’re part of the Common Customs Union, part of the Southern African Development Community, which has a free trade area, and the new kid on the block is the African Continental Free Trade Area. We also have a trade arrangement with the European Union (EU) and we benefit from the U.S.’s African Growth and Opportunity Act.

We believe there’s also another opportunity opening up for us as a country: attracting investment so that we can export some of the products we manufacture, or are going to manufacture, to the rest of the continent. We want to work with our international partners to strengthen our production capacity for exports.

In the energy sector, I’ve already talked about hydrogen and its derivatives like ammonia. Those products will not only be available for Namibia and the region, but also for the EU and we’re strengthening our relationship with individual countries in the EU, as well as with the bloc in general. The EU secretariat has been very open and we’ve been engaging with it to see how we can work together to support this emerging renewable energy industry.

PR: How is the government working to attract further foreign direct investment (FDI) to the country and where do you see most opportunities for investors?

IS: We’ve become a bit more aggressive about attracting FDI. We’ve reorganized ourselves and established a new Namibia Investment Promotion and Development Board. Previously, we didn’t have an independent body in this area and we now have one that reports directly to the president. That speaks volumes about how much importance the president attaches to FDI.

We’ve also now identified sectors we believe we can invite investors to. And, of course, that list is not exclusive — if a potential investor comes with an idea they think is going to work in Namibia, we will welcome them. But in terms of engaging investors, we’ve identified those that are linked to the kind of industries we want to promote in Namibia, and we’re talking to them directly.

IS: Yes! And in November, Germany’s Vice Chancellor Robert Habeck is also coming with a delegation of business people from Germany to explore opportunities here, especially in the area of energy. We’re receiving delegations from various different countries at the moment.

PR: How would you sum up Namibia’s key attributes for investors?