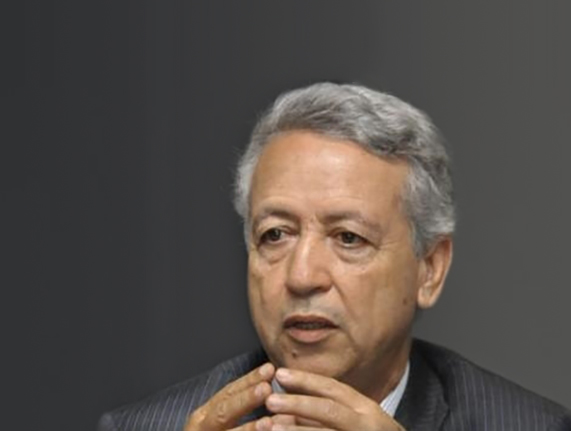 Posted at 16:17h in interview by admin 0 Comments
0 Likes

(This interview has been held in French.)

Prisma Reports (PR): During your first 100 days at the helm of your ministry, you said that you wanted to give the sector a new impetus. What were the main objectives of Vision 2020 and what are the tools that you plan to use to relaunch the sector?

M. Mohamed Sajid (MMS): Tourism is a strategic sector for our country, in terms of the number of jobs it creates and its participation in the economic development of our nation – 8% of GDP and 2.5 million direct and indirect jobs. It is therefore a critical sector, and one of the first to be given a strategic vision to follow at the beginning of the reign of King Mohammed VI. At the time, it was understood that the tourism sector needed to be boosted by putting in place a coherent development strategy that also implicated other sectors – the tourism sector is one of the most transversal sectors, directly involving other ministries: local authorities, infrastructure, equipment, etc. must all function in a coherent and complementary fashion. This synergy should help foster investment in tourism.
The first strategy that had been put in place in the early 2000s, the Azur Plan, focused mainly on seaside tourism infrastructure. It focused on the development of six seaside resorts in order to take advantage of Morocco’s 3500-kilometer coastline and attract travelers from northern countries who need sea and sun. The Azur Plan was an ambitious plan that was not completed but, by its simple existence, demonstrated the Kingdom’s potential in this area. Today, we are working to rehabilitate it, to optimize it – some of the resorts built are being exploited, like Saïdia on the Mediterranean Sea, which attracted a certain number of private real estate developers at first, followed by state financial institutions. The Saidia resort offers five or six hotels, a marina, a center for artisanal wares, and even golf courses. Saidia is one of the first achievements of the Azur Plan, and will soon be completed, though it still requires some development work to make this region of the country more accessible. A second well-advanced project is Taghazout on the Atlantic, 30 kilometers north of the well-known city of Agadir. It is located in an internationally renowned surf spot. Many major multinational brands have taken interest in the Taghazout resort, such as Hyatt and Marriott, and soon the Fairmont hotel will open there. Water sports are not the only activity in the region; the construction of a craft village will be starting soon, and there is a golf course that is currently operational. We are in contact with major tour operators to invest in this seaside area that offers sunshine nearly year-round, as well as an airport and major roads for easy access. It has a lot of potential. In addition, there is the resort of Mogador, located in the region of Essaouira, which has a rich history and a significant number of historical monuments.
The Moroccan government has executed major investments relating to the Azur Plan, but it doesn’t have an unlimited spending capacity. Our goal today is to boost investment efforts in regions of the country with high potential. An area like Mogador has the advantage of combining the sea with sports and cultural activities. The Azur Plan has been revised according to the more wide-ranging Vision 2020, which aims to develop the entire country through different forms of tourism – rural, mountain and cultural tourism, where we develop certain sites. For example, regions like Fez-Meknes have fabulous sites that need to be put in the spotlight and need to be restored. Although Morocco has a highly developed highway network, our objective is to extend this network to regions with high potential, such as Ouarzazate.

PR: The Ministry of Tourism now oversees the air transport sector as well. How can air transport boost Moroccan tourism? Could the national airline company, Royal Air Maroc, draw on the model of Ethiopian Airlines, a true African success story, which has gradually transformed Addis Ababa into a regional hub?

MMS: In 2017, we restructured the government, creating a new cluster grouping traditional crafts, the social economy, tourism, and air transport. We will use this new organization as a tool to boost Moroccan tourism.

10 years ago, Morocco made a key decision to enter into an Open Sky agreement with the European Union, which has largely contributed to an increase in flights to and from Morocco, with some 40 companies operating in the country and serving the main tourist destinations such as Fez, Rabat, Marrakech, Agadir and Tangier. We also have a similar agreement with the United States that is unfortunately not sufficiently exploited, although Royal Air Maroc (RAM) already serves the cities of New York and Washington DC. RAM is a major player in the development of Moroccan air transport; our national airline has achieved significant breakthroughs, not only in traditional markets like Europe, but also in Africa. In West Africa, RAM is the most important actor in the sky and has played a considerable role supporting King Mohammed VI’s vision of a South-South cooperation. It is also one of the only companies to operate in Africa during health crises, such as the Ebola outbreak, where RAM played an instrumental role in delivering sanitary products and medicines that helped lead the region out of crisis. We have an ambitious project to develop RAM in terms of capacity and fleet; the company must continue to fully play its role as a catalyst for Moroccan tourism. Of course, other air carriers participate as well in economic growth and tourism development, both traditional and low-cost companies.

PR: The National Office of Airports (ONDA) is another public institution under the supervision of your Ministry. What is the status of the development plan for the country’s major airports?

MMS: In Rabat, a major new terminal construction project is underway to build an airport that corresponds to the ambitions of the kingdom’s capital. With regard to infrastructure, ONDA has presented a very ambitious development plan for the entire country. Morocco has about 25 airports, 19 of which are international. We still have a lot of work to do in Casablanca, the main gateway to the country, and a key transport hub that serves the entire continent. Our goal is to increase its capacity, with the opening of a new terminal in 2018. We also need to reduce passage times; it is a common challenge for all airports, namely how to reconcile legitimate security concerns and ensure fluid flows of people.

PR: 2016 was marked by a sharp rise in tourism revenue. “A record,” in the words of Mr. Mouhid, President of the Moroccan Tourism Observatory. How would you explain these recent results?

MMS: I would not describe the performance of 2016 as a “record”, although there has been a marked improvement. In fact, we remain well below our potential and our ambitions for the sector. This improvement is notable, in terms of arrivals as well as revenue, but we want to go much further. In 2017, we received 11 million tourists – a dynamic is building. We will grow further using the tools I mentioned earlier, such as air transport, to significantly increase this trend. New markets are opening up, such as the Chinese market, which is promising, especially since nationals of both countries no longer require visas – the impact was visible immediately following the introduction of this measure. We are preparing hospitality facilities, educating hoteliers on the need to provide services in Chinese, and training guides. We sense that these actors truly understand the importance of this market.

PR: What is the state of American tourism in Morocco? What could Morocco do to attract more Americans? Does the return of Hilton to Morocco mark the return of major American leisure companies?

MMS: – Just like China, the US market has great potential. Morocco must be more present in this huge nation, in both Eastern and Western regions, to promote our culture, our heritage and our crafts. The number of Americans we welcome, while important, is relatively small compared to the number of Americans travelling the world overall. To accelerate the pace, we have particularly focused our efforts on strengthening air connections between the United States and major Moroccan destinations, and are actively looking for American airlines to begin flying to Morocco once again. Indeed, several American flagship carriers flew these routes once upon a time, such as TWA and Panam.

PR: Tourism is not only the first Moroccan sector to have benefited from a long-term vision, it is also one of the first to have implemented public-private partnerships. How do you intend to attract private investors? What are today the opportunities in Morocco for American investors, considering that large groups like Hilton have recently decided to return to Morocco?

MMS: We need to restore the credibility of the Moroccan tourism sector. Beyond the fact that it is a transversal sector, it is also a very sensitive sector – there have been geostrategic and geopolitical changes that have upset the equilibrium around the world. Today, Morocco, in terms of its geographical position, its political position, its stability, as well as its consideration of safety issues, is a resilient nation. Morocco has been able to stay the course and keep its tourism sector afloat, resulting in enviable statistics compared to other destinations in the region. We must focus on this aspect, and demonstrate the attractiveness of the kingdom. We value openness and tolerance, our main treasures. We are happy to see major international chains operating in our country today; Hilton and many other hoteliers are interested in Morocco. The presence of all these actors in Morocco is a pledge of recognition of the efforts made, and evidence of the stability of the kingdom.

PR: Morocco is traditionally considered an economic hub in the region, and has established itself as a major player in Africa, mainly because of the significant presence of Moroccan companies throughout the continent. In October 2017, 500 professionals from Africa and the Middle East met in Morocco during the African Hotel Summit. What were the highlights of this conference, and why was is it important for your ministry to host such an event at home?

MMS: Morocco has undergone an absolutely extraordinary transformation. We have seen it in tourism, and in many other sectors, such as infrastructure, the change is dramatic. We have few natural resources and no oil, but we have successfully completed the challenge of economic development, and today we want to share this experience with our partners in Africa. In the field of infrastructure, for example, the Tanger Med port complex is a perfect illustration of these achievements. This industrial platform in northern Morocco has achieved an unprecedented level of growth. The very ambitious strategic visions put in place for each sector are bearing fruit. We observe, moreover, that new professions are emerging, such as in the aeronautics sector – in Casablanca, major international companies have already set up shop, such as Boeing or Safran.

PR: What advantages does Morocco offer that you would like to promote internationally? What would you like our readers and potential investors to remember about Morocco after reading our report?

MMS: Morocco is on the path to become a great country, and is establishing itself as a bridge between Africa and other continents, such as the Americas or Europe. We also proudly embody the values of tolerance and coexistence, which we utilize as a safeguard against the extremist voices emerging around the world. Morocco is the very demonstration that a country can at once be Muslim and employ universal principles shared throughout the world. The tourism sector in particular benefits from these values.