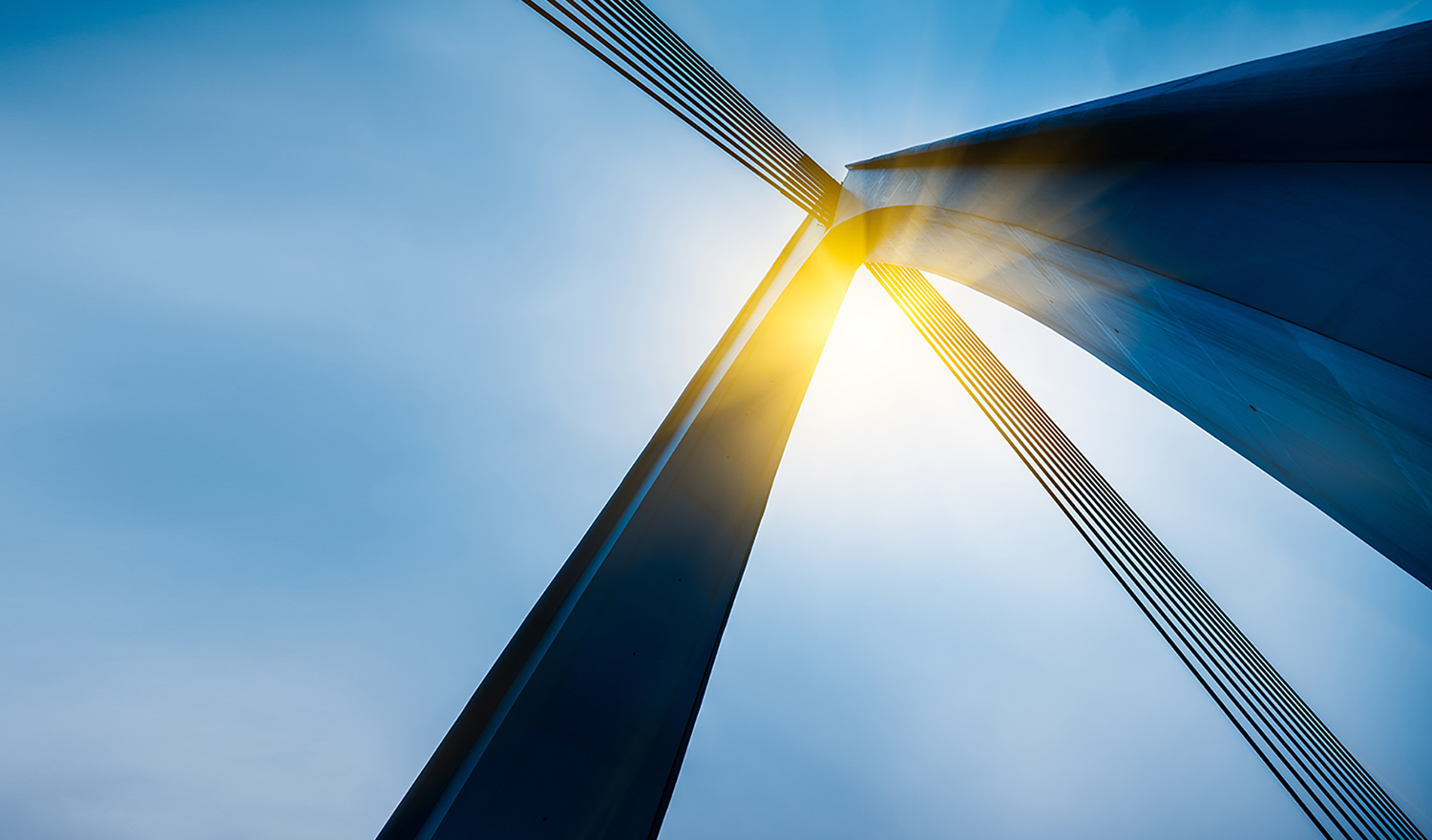 Prisma Reports: After a severe socio economic crisis and years of austerity, Greece is finally finding its way back into international and financial markets. How would you assess Greece’s current macro-economic climate and economic performance? What is the perception of the country on the international stage?

Nikolaos Vouniseas: The perception of Greece has improved, especially since the election of the New Democracy Government and its pro-business agenda. This has created a lot of enthusiasm in the country, and abroad as well. There are a lot of positive developments on the economic front – such as a decrease in interest rates for Greek bonds, and an improvement in property prices – some matters of concern still remain however, such as the high unemployment rate, especially among the youth, the high rate of non performing loans within the banks, or our high debt to GDP ratio. Therefore, although we are in an upward trend, there are still quite a few of things to be improved. Yet, we are definitely out of the downward spiral and into an upward trend.

Prisma Reports: What about on the internal level, what are some of the findings from your annual CEO outlook survey that you can share with us? What’s the feeling from the Greek business community, is it about caution, optimism or confidence?

Nikolaos Vouniseas: KPMG’s 2019 Global CEO Outlook survey is conducted on a global basis with the input of 1 300 CEOS around the world, including the views of 50 CEOs from Greece. Greek CEOs expressed optimism overall, with regards to the political situation and the economic situation, as opposed to the previous year. CEOs in Greece have a positive attitude towards the local market.

Prisma Reports: What are some of the biggest concerns and issues faced by the business community in Greece?

Nikolaos Vouniseas: One of the issues raised in the 2019 Global CEO Outlook was the issue of digitalisation: 90% of Greek CEOs see technology as an opportunity and not as a threat; however in practice only 2% have started their journey into digitalisation. There has been a delay in this area. Digitalisation and automation is definitely an area of opportunity where we expect significant investments in the future. KPMG in Greece is investing in digitalisation and automation because we want to be close to our clients, and help them in this journey.

Prisma Reports: The election of the New Democracy Government last July has been a major turning point. Strong measures have already been taken to faciliate investments and cut red tape for investors in the country. How would you describe Greece’s business and investment framework at present? How has it evolved over the past few months? Is it more investors and business friendly?

Nikolaos Vouniseas: Definitely. The election of Mr. Mitsotakis and of the New Democracy party has changed the mood. The new government is seen as being more investor friendly. In practice, there was a new income tax law passed in December that reduced corporate tax rates and personal tax rate to a lesser extent. Investors in Greece considered tax rates to be quite high, so reducing these rates has generated enthusiasm. In addition, this new legislation was welcomed, as it introduced various other aspects, such as the deferral of V.A.T. on real estate properties. A new regime was also established for non-domiciled individuals, targeting high net-worth individuals. I am positive that these changes will foster foreign investment in Greece.

The new Government has a pro-business agenda – and this is very positively perceived.

Prisma Reports: Catapulting investment into the economy is one of the critical elements required by the current Government to trigger high economic growth. Which areas are of most interest for US investors in your opinion?

Nikolaos Vouniseas: Tourism is an area of strong potential, as it has been the cornerstone of the Greek economy. That is an area where there could be more investment, for example in the development of higher-end resort facilities. The energy sector also offers a large number of investment opportunities and is being prioritized by the Government at the moment. Greece has a strategic location, being an E.U. country, so it offers lots of opportunities generally speaking, and should be of interest to American investors, not only in traditional sectors but to many more.

Prisma Reports: Greece’s new Government has vowed to make the country more transparent starting with the establishment of a National Transparency Authority. How would you assess the country’s progress with regards to good governance, transparency, good practices and rule of law – not only in the public sector, but also in the corporate world?

Nikolaos Vouniseas: For any investor, the issue of good governance, transparency and rule of law is of utmost importance. Tax rates and cost of labour are considered determinant factors for investment, yet these aspects – transparency, rule of law and good governance – are equally important. It is important for everyone who wants to buy shares in a Greek company to know that the company has a solid corporate governance profile. Unfortunately, Greece ranks quite low in regards to transparency on the international level; the establishment of the transparency authority sends a strong signal, showing that the Government is setting transparency as a top priority, implementing rules and regulations that will make investors’ dealings more transparent within Greece.

Investors often complain about the bureaucracy of the country and the length that it takes to implement anything: this is a legal issue that must be addressed. We should adopt a fast-track approach for investors. The Government also announced it would take measures to improve the Governance of publicly-listed entities. I strongly believe that the establishment of this authority sets the right tone at the top. There is still a lot to do but that is a good start, and we are on the right track.

Prisma Reports: The Greek taxation system has been famous for its high tax rates and lower rates of collection in comparison to European average. What kind of progress has been made towards fiscal consolidation lately, to ease complexity and boost efficiency? How do you analyse the country’s fiscal challenges at present?

Nikolaos Vouniseas: The reduction of the tax rates is a first step in the right direction. The Greek tax revenue authority has been investing in digitalisation lately, which will enhance the ability of the Government to collect more and to collect on a more timely basis. There is of course more to be done to make processes less complex and less man-driven, to make the system more stable, and appeal more to foreign investors.

Prisma Reports: Technology, R&D and innovation are considered as multipliers for the economy. How would you assess Greece’s technological and digital transformation? How is the country embracing new technologies and navigating through this age of globalization and disruptions?

Nikolaos Vouniseas: From KPMG’s 2019 Global CEO Outlook, it seems that there has been a delay in implementation of technology and a very low penetration of digitalisation. Greece ranks 26 out of the 28 EU member states in regards to digitalisation – this indicates that we are still quite low in its implementation. Yet the Greek National Digital Strategy has been laid out and aims to address this issue: it has devised a strategy to foster more digitalization within public services. We are still lagging behind but the need for further digitalization has been identified both for public and private sector, so it is only a matter of time for its implementation.

Prisma Reports: In general, how would you evaluate the country’s industrial competitiveness in traditional industries? Which sectors or industries do you identify as most relevant now, that the country should capitalise on?

Nikolaos Vouniseas: The tourism sector is obviously a very competitive sector. Although there has been a significant increase in the number of visitors to Greece, we need to increase tourism spending and attract higher-spending visitors – for that we need to step up the level of services offered to tourists.

The Greek manufacturing business has seen a decrease in its ability to export because productivity and cost per unit was much higher than in other areas. However, there has been a reduction of salary costs, increasing the ability to export more, so overall, we are on a good track.

Prisma Reports: The last years have seen a consolidation in the Greek startup scene with new successes. How dynamic is really Greek start-up scene? What needs to be done now to further stimulate entrepreneurship and start-up development in the country?

Nikolaos Vouniseas: Brain drain has seriously impacted our economy: the crisis has led to a loss of 500 000 people seeking employment opportunities outside of Greece. Yet, according to KPMG’s survey ‘Brain Drain & Gain’, 40% of the Greeks who fled the country would happily return back, under certain circumstances – such as lower taxation and an increased salary, more financial support from the banks, etc. Greece’s start-ups success stories, such as Beat or Workable clearly indicate that the young people in Greece can achieve a lot. It’s important that Greece provides that basis for people to come back, and lay the foundation to enable that environment to facilitate people’s return.

Prisma Reports: Education is a vital pillar for any country’s future and prosperity. What would you advocate to reinforce Greece’s higher education system and universities. What are the changes and reforms that are most necessary, and what are your thoughts for the country’s future?

Nikolaos Vouniseas: The Greek higher education system has without a doubt, contributed to the progress of the country over the years. There is a very high percentage of highly educated people in Greece. What is missing is the balance between the supply and the demand of the market: Greek universities are not providing the talent that the market requests. For example, in Greece we don’t have a master degree for ship financing, despite the fact that shipping is one of the largest industries and a sector where Greek companies are global leaders. Likewise, we don’t have a degree for hotel management, in spite of our prominent tourism industry.

There is a complete disconnect between Greek universities and the private sector. That explains the low level of R&D input from universities: all the research funding comes from the E.U. or the Greek state. There has to be a connection, and this requires universities to be more flexible regarding the study choices that they offer, and the research that they conduct. Universities have to support the market and the economy. The present Government has acknowledged this and is introducing changes in the education system in order to be more flexible and adjust to the market needs. The skills set and knowledge that needs to be provided through universities is a lot different now from what it used to be in the past – there are now very different requirements for knowledge.

Prisma Reports: To conclude this interview, what would be your final and direct message ?

Nikolaos Vouniseas: Greece has recovered. We are very business and foreign investment friendly, and very positive in that respect. Our political system is very stable, our Government has a strong majority and a clear mandate: to improve the economy and increase investment.