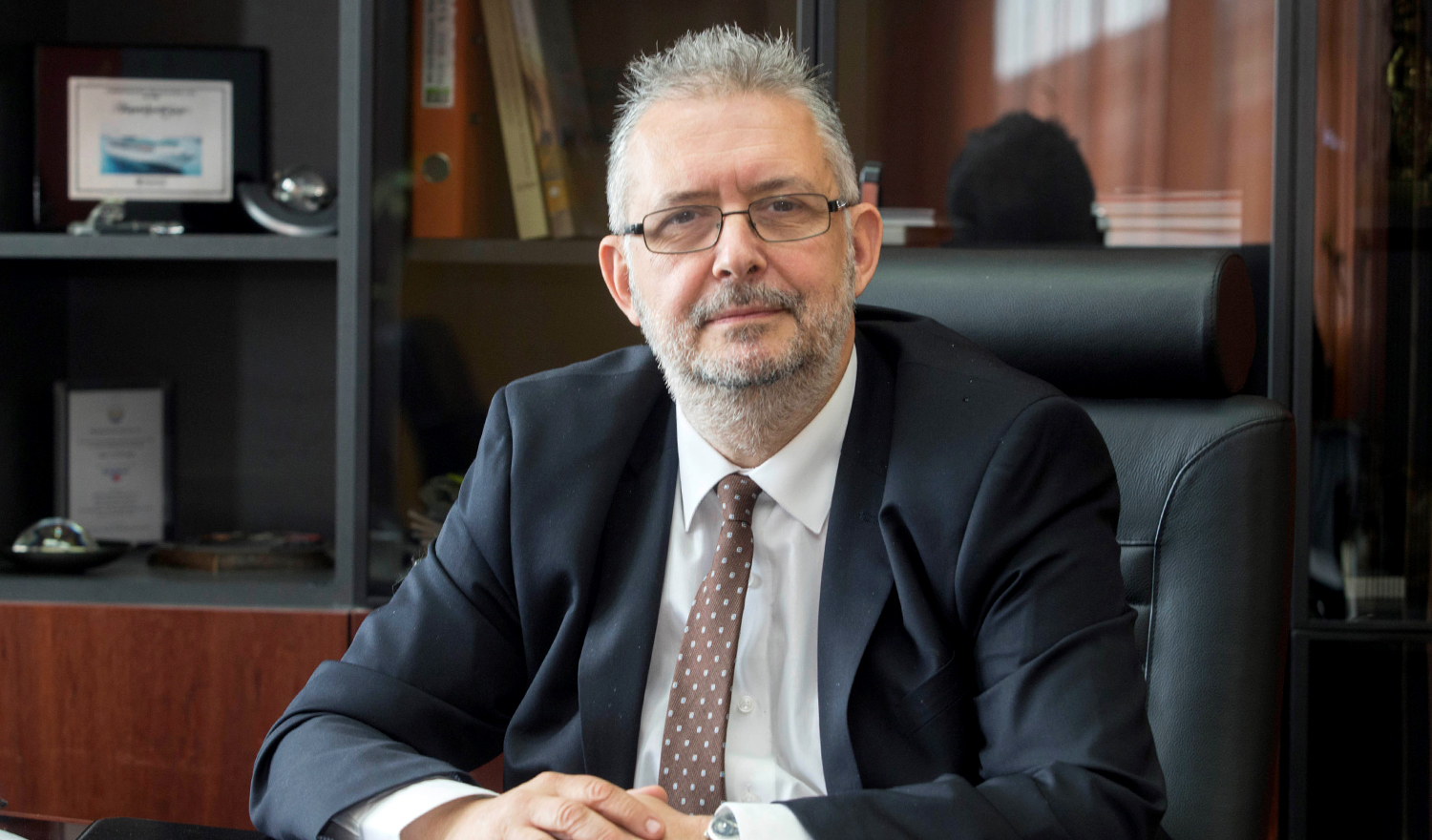 Prisma Reports: To start this interview, I’d like to appraise the importance of the port of Thessaloniki in the region. Its strategic geographical location, excellent road links and train connections, make it the largest transit-trade port in the country servicing the needs of approximately 15 million inhabitants of its international mainland. Can you give me a couple of key facts and figures to illustrate the importance of the port of Thessaloniki for the country and region?

Sotirios Theofanis: The port is a very strategic infrastructure not only for Northern Greece but also for Southeast Europe. It has the potential to extend to South central Europe in countries like Czech Republic or Slovakia. It also serves all the Balkan countries like Bulgaria, North Macedonia, Serbia and Kosovo. At the same time, the port of Thessaloniki is the main export port for Greece and the Balkans. In terms of traffic, we reached almost 450,000 TEU in 2019, representing an increase of 5.8%. We also experienced a remarkable 19% increase in the Balkan break bulk cargo, reaching almost 4.5 million metric tons.

The real challenge for the port is to develop infrastructure very quickly to accommodate mainline vessels for container transport. There is an ongoing tender started in December 2019. We do expect to have the contractor in place by end of May, and it will take 3 years to realize this investment. The   will enable us to extend the Container Terminal by 550m with a depth of -17.6m, which will provide us with the opportunity to accommodate what we call the  Super New Post Panamax vessels, which are container vessels of 18,000 TEU capacity and beyond. This is part of a rigorous strategic commercial policy to convince lines to have direct mainline services calls with Thessaloniki. At the moment, Thessaloniki only has a Container Terminal that can accommodate feeder vessels and so we need to have four more strategic ports that we can operate.

We are also working on developing a network of dry ports  in strategic locations in the Balkans and Southeast Europe. This will provide us with the opportunity to realize in practice what we call “the extended gate” concept. Which means instead of having your gate at the port, you can have your gate at selected dry ports which are adjacent to a metropolitan area in neighbouring countries, which will provide the opportunity of having also  last mile distribution operations in these densely populated areas.

Aside from these two important developments, the port has also undergone substantial restructuring over the last 20 months. We took over in late March 2018 and have a very multinational consortium of investors and a very multinational executive team. The restructuring of the company in terms of human resources, management processes, commercial structure and activities and marketing has been very vigorous in the last 2 years and it will continue at this pace.

Prisma Reports: The privatisation of the Port took place almost 2 years ago, through a €1.1bn deal, with a sale to a consortium of Russian-Greek, German and French businesses. Going back on this major milestone, how would you rate the port’s transformation since its privatization? What have been the major changes in terms of operation, infrastructure and efficiency?

Sotirios Theofanis: The deal was €232 million for 67% of the Company. In 2001, the company was listed on the Athens Stock Exchange. Now, the structure of the shareholding capital is 25% free flow, 67% our Consortium and 8% the Greek State.

We have achieved a remarkable increase in efficiency. When we took over, the average container vessel waiting time  at anchor was 28.5 hours. Last July, it was only 4.5 hours. We did experience difficulties, especially during restructuring, where we faced an intermediate period with reduced efficiency.

The lines of instruction dealt with operations, commercial policy, human resources redevelopment and management restructuring. In all these areas, there were significant improvements, but the process is still ongoing. It will take one or two years for these major lines of restructuring to be accomplished. This is a continuous process which has no end.

Prisma Reports: The deal included obligatory investments amounting to €180 million to be accomplished in the next seven years, correct?

Sotirios Theofanis: Our concession agreement came out with  obligatory investments of €180 million, essentially  dedicated to the extension of the container terminal. We have already invested and we are still investing more than €30 million in getting new equipment, which was an absolutely urgent thing. We acquired 12 straddle carriers, one mobile harbour crane and there is an ongoing tender of two ship to shore gantry cranes(STS) for the existing Container Terminal. This was absolutely crucial to improve operations and ensure the long-term viability of the existing infrastructure.

Prisma Reports: What do you think have been the major challenges and lessons learnt from the process, and how will it serve as referrence to help with the other upcoming port privatizations of Greece?

Sotirios Theofanis: Being at the forefront of the restructuring already 20 years ago when we listed ThPA, I would say that the major issue is changing the minds of people. Our personnel has a great attitude and  cooperative spirit, however, we need to get people acquainted with the developments in the port industry, which have been substantial and fundamental during the last 15 years with the emergence of the global terminal operators. This is an ongoing process which has short and long terms wins.

On the short-term horizon, things are very positive. One major issue that we face is the development of well-trained people to take responsibility of crucial sectors in the port industry of Greece. There is a national port training institute called EXANTAS, which I preside, located in Thessaloniki. This is a body that needs to respond to the needs of creating well-trained people to take on management functions of the port entities.

Prisma Reports: Another milestone was the listing in the stock exchange in 2001. What is your strategy to continue bringing value to shareholders to communicate the value of the port in Thessaloniki as a sustainable, future-drive company?

Sotirios Theofanis: One of our strategies is what we call “Port-bound strategy” which is the development of the port with the investments I have mentioned. The other one is called “Beyond the port strategy”, which has to do with the collaboration and investments in the neighbouring countries. Our industry has a global character: we are not just an isolated port, but part of a network of facilities in our hinterland also.

Prisma Reports: In that aspect, how do you see the future of Greece as a shipping and connectivity hub for the rest of the region?

Sotirios Theofanis: Both ports ,the Piraeus Port, which has a major strategic function of transhipment for the COSCO Group, and the Port of Thessaloniki with the major growing importance in transit traffic, can make our country an important strategic logistics hub for the region. In order to reach this target, we need a global strategy and we need to give global players access to ourCountry. In our case, we have an international consortium with technical partner Terminal Link, which is a partnership between CMA-CGM, the fourth largest container shipping line in the world and China Merchants Port, the second largest terminal operator in China. They provide us with expertise and know how. The management team is also very international, which brings international experience in running this sort of business.

Prisma Reports: In that context, if you had an assembly of readers and investors in the room, what would be your final and direct message to them?